Cushings disease in dogs!  I took my dog to the vet for dry skin and left with a very serious diagnosis

When my dog was diagnosed with demodectic mange, often referred to simply as demodex, my first thought was “ew, mange.” Mange sounds gross, but I never imagined it was serious. She had it mostly around her eyes, and the dry, flaky skin didn’t seem to bother her, so I wasn’t overly concerned when my vet suggested that I take her to a dermatologist.

My visit to the specialist was sobering. He took some skin scrapings and confirmed my vet’s suspicions — it was, in fact, demodex — and then I mentioned that her coat had thinned out and changed color too. My cocker spaniel has been described by most who meet her as “literally the softest dog ever.” Recently, her legendary plush had turned coarse and thin, and her black fur had taken on a slightly reddish tint in places.

The specialist made that face that we all dread. You know what I’m talking about — the doctor face. The face that says, “that’s interesting.”

“I highly recommend you get her tested for Cushing’s disease,” he said, effectively casting a black cloud over the rest of my dog’s life. I had heard of Cushing’s before, but never imagined my dog’s dry skin could be a serious disease.

Cushing’s occurs when a tumor affects either the pituitary or adrenal gland. There are two kinds of Cushing’s disease. Pituitary-dependent Cushing’s is much more common and usually results from a benign tumor. Adrenal-dependent Cushing’s is less common, and the tumor can be benign or cancerous. These glands control steroid production in the body. To put it simply, when the body produces too many steroids, bad things happen.

If you’ve ever had to take a course of a steroid like prednisone, you’ve had a tiny peek into the world of a Cushing’s dog. The flood of steroids in their system wreaks havoc on their bodies, basically breaking things down.

Symptoms of Cushing’s disease in dogs

Demodex and changes to my dog’s coat were just a few of the symptoms of Cushing’s disease in dogs. The list is long, but worth familiarizing yourself with, especially if you own a miniature poodle, dachshund, boxer, Boston terrier or a beagle, as these breeds are prone to the disease.

And those are just the common symptoms.

My dog developed quite a few of these symptoms as time went on. We got her a pee mat and doggy diapers to help deal with her accidents while we figured out the right dosage for her meds. Her skin is thinner now and doesn’t heal as quickly, but the good news is that her hair did grow back just as plush as ever and she is back to her super-soft self.

When the specialist first told me to get my dog tested for Cushing’s, I was relieved. A test sounds so simple, and we are conditioned to associate tests with accuracy.

Cushing’s is not that simple. Diagnosing a dog with Cushing’s is complicated. After assessing the clinical signs (aka, symptoms), my vet ran blood work to look for markers of the disease. If you’re familiar with blood work, those markers are abnormal levels of alkaline phosphatase, alanine amino transferase and blood urea nitrogen. If, like me, you are not that familiar with blood work, then all that is mostly gibberish and what you actually need to know is that your vet knows what to look for.

My dog’s blood work had these warning signs, so next they analyzed her urine to get a urine cortisol to creatinine ratio. This test is tricky and not always conclusive, so to confirm results, they then performed a final test.

Our vet recommended the LDDS test, which confirmed her diagnosis. She had Cushing’s.

Cushing’s Disease is described by veterinarians as “insidious.” It is slowly progressive, and in most cases there is no cure, just treatment.

The course of treatment for Cushing’s depends on several variables, including where the tumor is, what kind of tumor it is, the state of the pituitary gland and the dog’s health. What works for one Cushing’s dog might not work for another, and so the best judge of the dog’s treatment is the veterinarian, as frustrating as that can be for those of us who consider ourselves Google doctors.

There are two main drugs used to treat Cushing’s, mitotane and trilostane. These drugs suppress cortisol levels and require testing every few months to measure their effectiveness.

Surgically removing the pituitary gland or pituitary gland tumor is another option, although early diagnosis improves the prognosis according to a 2005 study published in the Journal of Veterinary Medicine. Surgically removing the adrenal gland or adrenal gland tumor is also possible. In both cases, surgery comes with risks and complications that owners need to weigh carefully.

Radiation is indicated in certain cases of pituitary-dependent Cushing’s and is generally very effective.

We opted for medication for a variety of medical reasons, and now we monitor her carefully. We’ve learned that when she starts drinking more water, urinating more or losing hair, it is time to take her to the vet to get her tested and her medication adjusted.

It’s been two years since my dog’s diagnosis and my cocker spaniel has shown no signs of slowing down, which gives me a lot of hope. She is comfortable, carefree and completely unaware that her body is breaking down on her. We have our fingers crossed that things stay that way.

My dog’s Cushing’s diagnosis was heartbreaking, but we are dealing with it. I did learn one very important lesson from this whole ordeal: Never underestimate the importance of taking your pets to the vet, even if the issue doesn’t seem serious at the time. 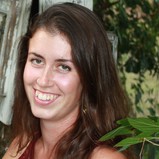 Are you having trouble giving heartworm medicine to your dog?  Is it nearly impossible to get your dog to take his heartworm medicine.  Here are some ideas. Some harmless hoodwinking may be in order, says trainer Mikkel Becker.  Her go-to move is the “three-treat trick”: Wrap the pill in a slice of cheese, then cover […] Continue reading →

New Vaccine Prevents Lyme Disease in Dogs. When it comes to the battle against Lyme disease, dogs are coming out ahead of their human counterparts. Should they be bitten by a tick, a vaccine has been created to prevent dogs from ever contracting the disease in the first place. Continue reading →