A History of “First Dogs” at the White House 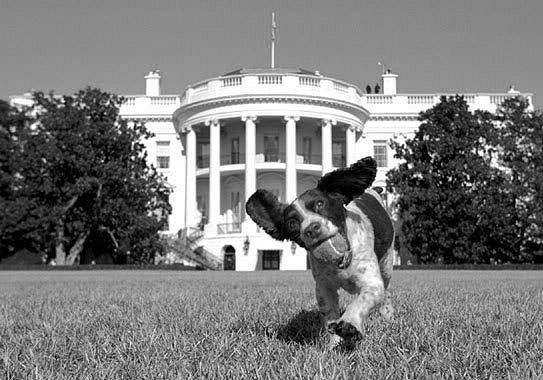 A home is not complete without a dog.  Including the White House.  Dogs have graced presidential homes starting with the first president, George Washington.  They ran and played on the White House grounds, ran through the hallways, terrorized staff, held press conferences, photo ops, and molded National policy.  Here are a few stories on some of the “First Friends”.

George Washington and his Super Dogs 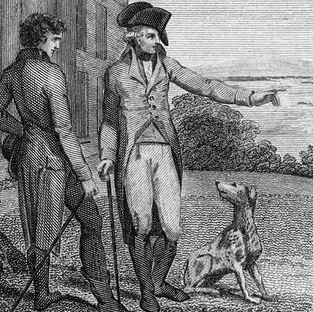 George Washington bred hunting dogs.  His goal was to breed “a superior dog, one that had speed, sense and brains.”  He crossed the French Hound breed “Grand Bleu de Gascogne” (gifts from Marquis de Lafayette) with his own black and tan hounds and created the American Foxhound.

One of these hounds named “Vulcan” was a especially formidable dog.  He was as big as a small pony, had powerful jaws, an insatiable appetite, and a taste for Virginia hams. It’s reported that Vulcan snuck into the Washington’s Mount Vernon kitchen, snatched a ham, and bolted.  Being the big and powerful dog he was, it was in everybody’s best interest to let Vulcan enjoy his meal.

George Washington also recognized the importance of a dog being family.  He once ordered a cease fire during the Battle of Germantown to return a lost dog.  Engage in trying to contain British General Howe’s troops, a little terrier was seen wandering the the battlefield area.  It turns out that this little dog belonged to General Howe.  He was identified from its collar, and brought to George Washington. Instead of keeping the dog or turning him back loose to suffer through gun fire, he took the dog into his tent, fed him and had him brushed and cleaned. Then, to everyone’s surprise, Washington ordered a cease fire. The shooting stopped while soldiers on both sides waited and watched as 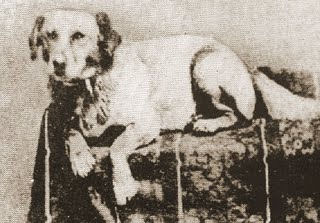 one of Washington’s aides formally returned a little dog to the British commander under a flag of truce.

If Abraham Lincoln was alive today, he would be the strongest supporter of Dogs Deserve Better and Unchainyourdog.org considering how he felt about the family dog.  Read all about his dog Fido.

Theodore Roosevelt and HOW the Teddy Bear was invented. 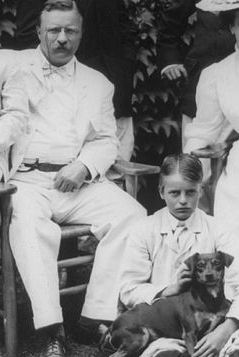 Blame it on the dog.  In 1902, while hunting in Mississippi, one of Roosevelt’s dogs cornered a small bear cub and Roosevelt refused to shoot it. This act of mercy was published in the newspaper in cartoon form. A political cartoonist by the name of Clifford Berryman heard the story and drew a cartoon about it. After this famous cartoon appeared in the papers, a shopkeeper named Morris Michtom got a brilliant idea.  He sewed and stuffed two toy bears and asked for permission from President Theodore Roosevelt to call the toy bears “Teddy’s bears”.  The phrase caught on and Americans started ordering these stuffed bears.  Mr. Michtom’s store eventually became the Ideal Novelty and Toy Company. 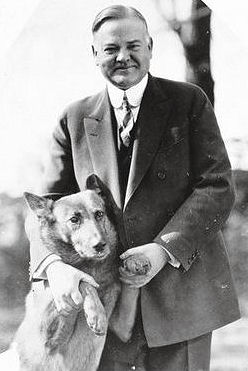 Blame it on the dog again.  Herbert Hoover’s favorite dog helped get Hoover elected.  King Tut was a massive German Shepherd police dog and frequently accompanied Hoover during his campaign.  The photos of a man and his dog made Hoover appear warm and friendly and autographed pictures of the two were sent to thousands of voters. Once in the White House, King Tut remained in the public eye, every night patrolling the White House grounds or strutting back and forth between the residence and the executive offices.

He was also a very friendly dog that spent time with the staff.  Once day Hoover observed King Tut hanging out with one of the White House guards.  Hoover whistled but King Tut ignored him, preferring to remain with the guard.  That annoyed Hoover so much he issued orders that very afternoon that none of the White House staff was permitted to play with any White House pets.  It’s rumored that these orders were one of the events that led to The Great Depression.

Truman’s quote “If you want a friend in Washington, get a dog” is one of the most famous and most quoted of all the dog quotes.  But Truman was not so receptive to a new friend when given a dog as an unsolicited gift as we found with Poor Little Feller, Washington’s most Unwanted Dog.

Pushinka was a gift from Soviet Premier Nikita Khrushchev to President John F. Kennedy’s daughter, Caroline.  Pushinka was a descendant of Strelka, one of the first dogs sent to space that returned safely to earth. Since this exchange happened during the Cold War, Pushinka was checked for spying devices and hidden microphones when she arrived at the White House. 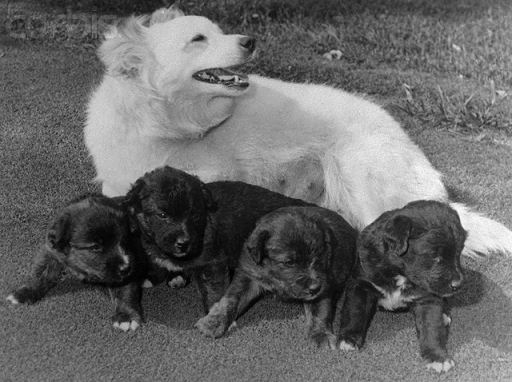 She…erhem…bonded with White House pup Charlie, a Welsh terrier. Together Pushinka and Charlie had four puppies, or “pupniks” as President Kennedy called them.  They were called Butterfly, White Tips, Blackie and Streaker, and given as gifts to family friends.

The other dogs of “Camelot” included Clipper the German Shepherd, Shannon the Irish Cocker Spaniel, and Wolf the Irish Wolfhound. 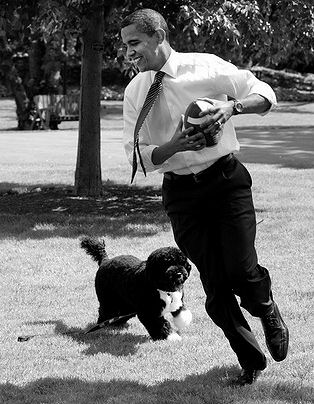 Our current “First Friend”.  During Obama’s campaign, he promised his daughters a dog if he got elected as President.  He kept that promise and added Bo, a Portuguese Water Dog into the family.  He came to the White House as a six-month-old puppy, a gift from Senator Ted Kennedy.

Although Obama stated his preference would be to get a shelter dog, his daughter Malia is allergic so a hypoallergenic breed was ultimately decided on.   This decision was a disappointment to animal advocates after Obama’s previous commitment to rescue a dog.  He was criticized by PETA, The Mayor’s Alliance for NYC’s Animals, and scores of other bloggers and animal rescuers.

However, in a way, Bo was rescued.  He was originally purchased by a person unknown to the public, but things did not work out between Bo and his owners and Bo was eventually returned to the breeder.  He was introduced to the Obamas, the girls fell in love, the rest is history.

One thing is certain, Bo is a loved family member.  He behaves for the press, he races across the White House lawns, loves tomatoes, he gave Oprah a “high-five”, and even barked at Santa Claus.  He’s walked in the morning by First Lady Michelle, and at night by the President himself.  And that includes picking up the poop themselves.  There is no doggie waste team assigned to the White House bringing up the rear with pooper scoopers.

For all the dogs of the White House, the Oval Office door has always been, and always will be, open.

2,739 Responses to A History of “First Dogs” at the White House